Neuro Science Nutrition Switch ON has been developt from years of Trial and Error around producing a product that could help people throughout the day with Mental Energy and Focus without being loaded with only Caffeine .

Switch On contains Per 2 Capsules :

Alpha GPC is classified as a Cholinergic compound that is great for cognitive enhancment ( Brain Function) it has been shown to also benefit preventing brain function decline with age . Another great benefit of Alpha GPC is the benefit on Anti Ageing with its positive effect on Natural Growth Hormone Production .

The Caffeine Blend formulated specifically for Switch on is a Blend of Fast to Slower acting Caffeine giving you a long lasting hit of Caffeine , the benefit to this Caffeine blend over others on the market is the ” No Crash ” component that such a blend of caffeine helps deliver.

Uridine is not a well known compound but has shown particular benefits with Mental Energy and Focus because its a Nucleotide base compound giving it a particular strong effect on the cellular membranes and its interactions other Neurological pathways .

Is a Powerful Amino Acid found generally in Green Tea and is the main property of Green Tea that helps with Relaxation without making you feel sedated . Its an important compound in Switch On as L-Theanine helps to reduce Anxiety sometimes bought on by high level of Caffeine and other stimulants .

Theacrine is a powerful alkaloid that has a similar effect to Caffeine at a higher dose but at a lower dosage has more of a Relaxation benefit , we use this in Switch on again to help deliver a powerful bland of Nootropics but maintaining a balance so not to create anxiety .

Noopept is a water Soluble Proline containing dipeptide structure  its a very clean Nootropic and has been shown to help boost mental energy and focus while maintaining and clean more longer term energy flow .

We use Black Paper in enhance the uptake of the compounds in Switch on .

Switch on Also contains a Powerful blend of B Group Vitamins that help unlock the energy from Carbohydrates , studies have show B Group vitamins are essential in overall Mental Health and are especially important in reducing Mental Decline , dementia and Alzheimers disease. 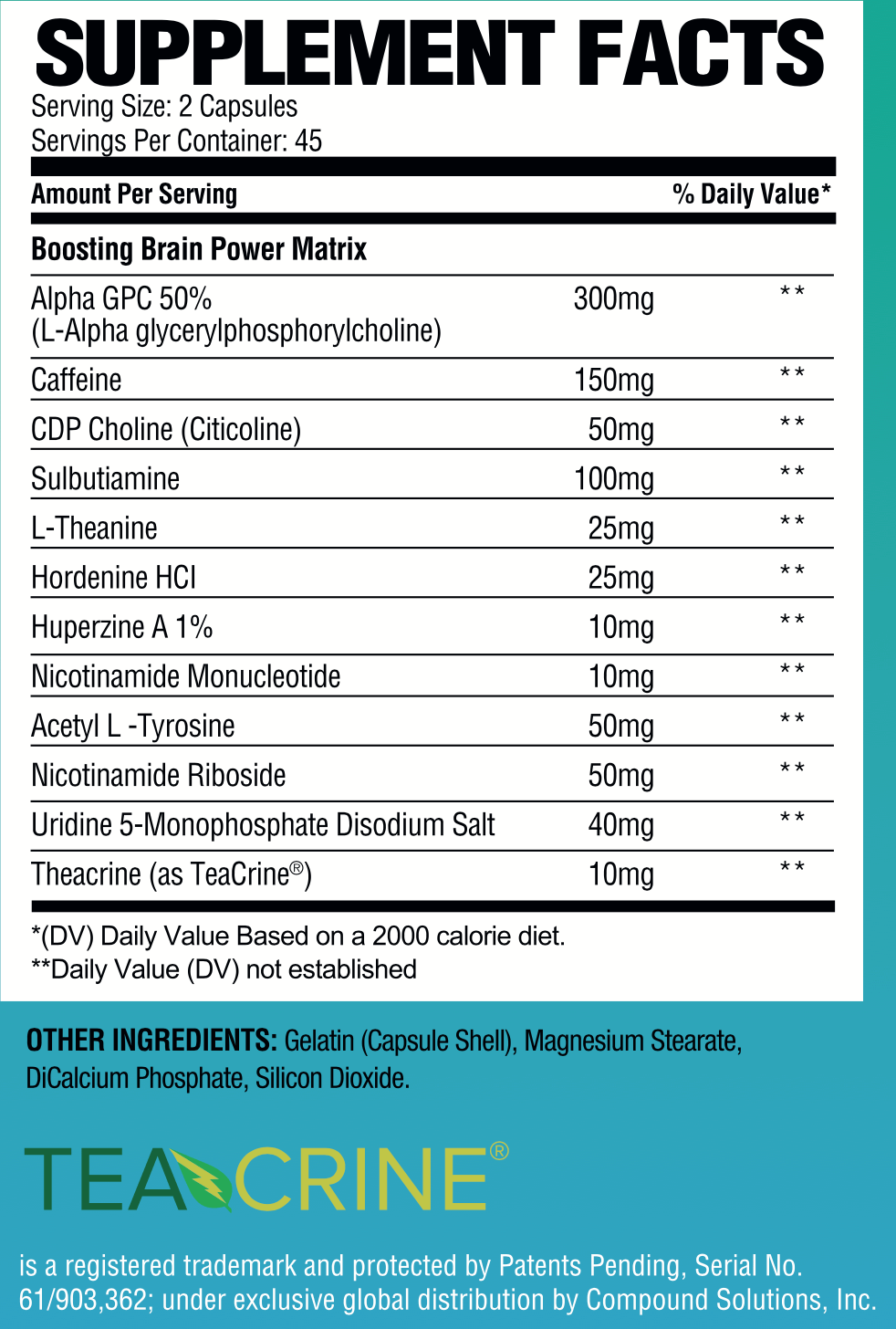