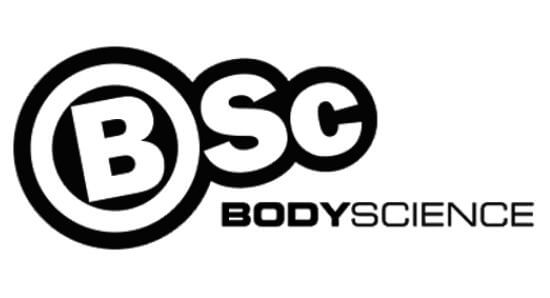 Fast and Free Shipping On All Orders

HydroxyBurn Shred Neuro-Thermogenic (due to clinical ingredient levels, e.g. Acetyl L-Carnitine) could not be launched in Australia as a Formulated Supplementary Sports Food as it is a Non-Food dietary supplement (Therapeutic) product regulated by the Therapeutic Goods Administration. These high level nutritional supplements are referred to as ‘complementary medicines’ and are regulated as medicines under the Therapeutic Goods Act 1989 and are listed on the ARTG.

Not only does this therapeutic formulation contain 4000mg of Acetyl L Carnitine daily, the powerful formula helps to keep the metabolism healthy. BSc Hydroxyburn Shred is designed with research, stringent testing and made to the highest quality per the TGA guidelines to assist users burn more calories, boost natural energy, assist suppression of appetite and improve mood, when used in conjunction with a healthy diet and exercise .

Acetyl-L-carnitine is an amino acid (the building blocks of proteins) that helps the body produce energy and plays an important role in lipid metabolism. Carnitines are needed to transport long-chain fatty acids into the cells of the body where they are broken down to produce energy sources for the body, including energy for skeletal muscle during prolonged aerobic exercise (1). The positive result of this is an energy boost during weight or cardio training, whilst converting your fatty acids into usable energy.

The link between the regular consumption of Hydroxyburn Shred Neuro-Thermogenic and weight control is of significant interest to Body Science. HYDROXYBURN SHRED NEURO-THERMOGENIC contains Garcinia Cambogia to target those fat cells and promote lipolysis (fat cell breakdown). Garcinia cambogia is widely used as a weight loss aid. The rind is rich in hydroxycitric acid (HCA), which can help inhibit the metabolic formation of fat in the body. Moreover, HCA can help increase endurance exercise performance in athletes and has been shown in a double blind clinical trial to increases fat metabolism and enhance exercise performance in untrained subjects (2).

We added the well- know stimulant caffeine, which has notable effects, including increased energy, increased mental alertness and focus, mood altering properties and improved cognitive performance (3,4,5,6). Athletes in a wide variety of sports regularly use caffeine to enhance physical performance and stamina(7). There is also evidence supporting the use of caffeine as a weight loss aid. It has been shown in clinical trials to increase energy expenditure and metabolic rate (8, 9, 10). A daily dose of Hydroxyburn Shred provides 300mg of caffeine, equivalent to 6 regular cups of coffee.

Guarana, native to tropical forests of the Brazilian Amazon, has stimulating properties when taken orally. The South American Indians have long recognized the therapeutic properties of this plant, using it for centuries to provide relief from mental and physical exhaustion, enliven the body, reduce fatigue, enhance energy levels, suppress hunger, relieve headaches and stimulate circulation. Guarana is now a popular modern day supplement, commonly used for weight loss, to enhance athletic performance, to reduce mental and physical fatigue, and as a stimulant. Clinical evidence suggest that healthy individuals, taking a single dose of guarana extract, containing 11% to 12% of caffeine, can improve the speed of cognitive task performance compared to placebo for up to 6 hours (11). In another double blind placebo controlled clinical trial a combination of Guarana and Green tea increased both energy expenditure and fat oxidation (12).

It appears that the regular consumption of green tea is linked to lower body weights and lower levels of abdominal fat thanks to both the caffeine and antioxidant content of green tea (13). Anecdotally green tea is also associated with a reduction in sugar cravings and appetite regulation. Chromium is an essential trace mineral your body needs to keep fit and healthy and has important effects on carbohydrate, lipid and protein metabolism. Chromium can help facilitate thermogenesis and can also help to promote loss of body fat instead of lean tissue during weight loss (14).

Not only can Hydroxyburn Shred Neuro-Thermogenic assist weight control, it can also help to improve mood. We included in the formula Tyrosine, a precursor for neurotransmitters, such as dopamine, epinephrine, and norepinephrine, which may improve mental alertness and mood (15, 16), particularly when combined with caffeine, another proven mood enhancer.

HYDROXYBURN SHRED NEURO-THERMOGENIC combines the best of sports science and herbal medicine to deliver a quality supplement, formulated in a way that allows it to be used as a pre training supplement and / or your daily fat burning, energy boosting, metabolism enhancing formula.

Body Science Hydroxyburn Shred Neuro-Thermogenic has been designed to target fat cells, burn calories, enhance your metabolism, boost your energy levels, reduce your appetite and improve your mood, when you in conjunction with a healthy diet and regular exercise. With minimal calories and great taste, Hydroxy Shred compliments any training, hydration and health regime with a suggested serve of 2 x 5g serves per day.